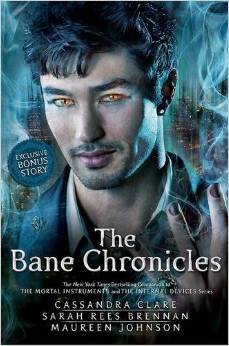 01 What Really Happened In Peru

TW: death, getting drunk, vomit, loss of a loved one (past), suicide, rape, racism

“You think pirates are out to steal your bird droppings?”

“It was a very bad idea. It was a terrible idea. It was the worst idea he had ever heard. It was irresistible.”

“I do not mean to seem indelicate or ungrateful,” said Linette Owens, “but are you a dangerous lunatic?”

“I was everything I was asked to be, and as my reward my life was burned to ash.”

TW: miscarriage/loss of a child (past), misogyny

05 The Rise of the Hotel Dumort

honestly, i was so bored reading this that i forget to get a quote and have since taken my copy back to the op shop i got it from, sorry ’bout that folks

07 The Fall of the Hotel Dumort

No quote again, what has gotten into me! Sorry!

09 The Last Stand of the New York Institiute

“Every age thought they were to enlightened, and every age was stumbling around in much the same darkness of ignorance and fear.”

10 The Course of True Love (And First Dates)

“Magnus had heard the story of how the Nephilim were created many times. They had left out the bit that said; And the angel descended from on high and gave his chosen ones fantastic abs.”

11 The Voicemail of Magnus Bane

All in all, this was a pretty pointless addition to the Shadowhunter world and if I had have known that it was necessary for me to read it and still rea the other books I would have skipped it entirely. I wanted to understand why everyone loves Magnus Bane but now I’m just more confused than ever. I am offically not a Magnus Bane stan!

You definitely don’t need to read this to understand any of the other books in the Shadowhunter world so please don’t waste your time. (If you insist on reading it, make sure you read the last story after CoLS)

Are you a Manus stan?
What was your favourite story in the collection?

One thought on “The Bane Chronicles (2014) Review | A non-Magnus stan reads an entire book about Magnus Bane! 🤔😅😴”