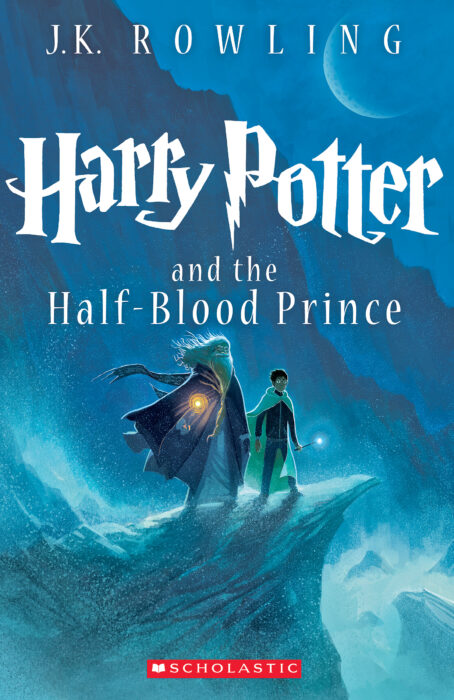 Okay, so we’ve truly discovered that J K Rowling is a trash bag over the last month (well, last few years, really) but I started this series and I would like ot finish it, so I will, BUT, this series will be the end of my focus on the Harry Potter series on my blog. This series and the characters mean so much to me because I read them as a child and they were the books that comforted me at that time. I will continue to read the books but, I think the series is well-popular enough without me seemingly promoting it. So, I will continue to read the books, I just won’t talk about them on my blog.

Instead of donating more money to JK Rowling by buying new sets of the series or new HP merch, consider donating to one of these organisations isntead:

You can find my thoughts on the other books in the series here.

Okay, so I know a lot of people don’t like Ginny (though book Ginny is better than movie Ginny) but, for real, it kind of makes sense that Harry would end up with her. I mean, Harry didn’t just marry Ginny, he married into the Weasley family which is why it makes so much sense. They were his family throughout the whole series and they gave him a home away from home, so this makes complete sense to me. Honestly, the fact that they weren’t all fighting to marry Harry is what kind of baffles me. Like, the fact that there wasn’t a full on Weasley-war to compete to marry him seems low-key unbelieveable to me because I fully believe that if given the chance, George totally would’ve married Harry. Anyway, that’s a random tanjent I actually suprised myself with how much I cared about.

Ooh also I recently read this and it gave me so much more perspective on Harry as a character and Harry and Ginny’s relationship in general. Basically Harry only focuses on things properly once he’s fully aware of them, so because he only registered Ginny as a Weasley sibling and nothing more for most of his time at Hogwarts, she was never talked about much, unless she was in the room or someone was actively discussing something to do with her. So, the fact that Harry definitely noticed her in book 6 and then suddenly he was all about Ginny shouldn’t be much of a surprise because that’s just how he treats everything else in his life, if that makes any sense?
Honestly, if you think about it, I’m sure a lot of people are like this, it’s just that when you’re reading mostly from one perspective, it can seem sort of out of nowhere but irl, it’s totally understandable.

Roonil Wazlib Potter, you were named after that time Snape got absolutely rekt.

lol Witherwings is back. I love that they got away with this, wizards are dumb.

Totally random, and I know I went on a rant about Ron in my discusson of the 4th book but I want to talk about how smart Ron actually is in the books. He does some dumb shit, but he’s brave as all get out and he’s actually decently intelligent.

I think it’s interesting how Snape never really taught from the book, but had the recipes on the board, instead of having students read from the book. So, knowing that he’s the half-blood prince gives this more meaning. Also, developing this idea, I think it’s interesting how Slughorn teaches much more from the book and because of this, Hermione is suddenly having a lot of trouble in potions class and her potions are no longer perfect. But, Harry is using Snape’s old notes (which I’m assuming were what he transfered onto the board while he was teaching) and thus, Harry is excelling in class, and no one else is doing as well.

I’m not saying Snape is a good guy, or even a good teacher since he mostly just puts the ingredients on the board and just walks around the room intimimdating 11 year olds, I just think this is an interesting little detail.

DO YOU HAVE ANY FAVOURITE HP THEORIES?
ARE THERE ANYTHING I MISSED?
an

8 thoughts on “HARRY POTTER AND THE HALF-BLOOD PRINCE: MY THOUGHTS + DISCUSSION // HP CHATS”