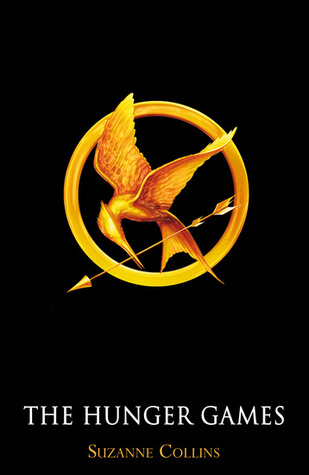 “Happy Hunger Games and may the odds be ever in your favour.”

I recently felt the urge to re-read this series before the new book comes out later this month, so I re-read the trilogy with a friend and surprisingly, The Hunger Games was my favourite book in the trilogy. I could not put it down! I think som part of that was nostalgia and the feeling of being back in a world so well-written and with characters you grew up with! It was both comforting being back in this world and disturbing because nothing about this book has changed – it’s absolutely disturbing how vivid the games are in this book and how well I’d remembered it all! The writing is so good! You can genuinely feel how harsh this world is, and even though you’re only reading the book, you never feel safe in reading about the Hunger Games!

“Gale says I never smile, except in the woods.”

When I read this series back when the movies were coming out it was one of my favourite series and I’m pretty sure my favourite thing about it was Peeta and Katnis,, because you know, I was 12 and honestly, I didn’t read very deeply into the books I was reading. Not to offend any teens out there, I was just a very shallow reader as a kid.

But, upon this re-read what really struck me was the world Katniss lived in and just how disturbing it is. I also really appreciated how descriptive the writing was. The author gives you a very clear idea of how bad Katniss’ situation is and it really sticks in your head, even when Katniss forgets her situation, the reader never does and I think that’s really powerful!

“Katniss, the girl who was on fire.”

I also really enjoyed, ,maybe that’s the wrong word, but appreciated how clear the capitalism is in this book. Like, it’ snot exactly subtle which is honestly kind of funny, they’re called the Capitol. For instance, if you live in the Capitol you don’t participate in the reaping, you watch and bet on the tributes.

“Already the boy with the bread is slipping away from me.”

I don’t really have a whole lot to say about this book other than that it was fantastic and brutal. But, I think my main take away was how much I appreciate Peeta. He’s obviously abused by his mother and his entire family was rooting for Katniss in the games so I really felt for him in this book. It’s amazing what a character like Peeta, who’s sort of endlessly optimistic and open can do in a world like this.

I think he’s going to have some crazy character development due to some serious ptsd and I think that’ll be the same with Katniss, honestly. But, I think Katniss will survive it whereas Peeta might come out of it a bit more worse for wear. I really am interested to see where his character goes in the series, though I honestly don’t really care about the romance. I know that he has a crush on her but Katniss strikes me more as Aromantic but I doubt this series has that kind of rep.

Either way, this book was amazing and I already can’t wait to read it again.  It really is  crazy to me that I just read an entire book dedicated to children murdering each other for the entertainment of rich people. Absolutely wild.

HAVE YOU READ THE HUNGER GAMES RECENTLY?
DO YOU HAVE A FAVOURITE BOOK IN THE TRILOGY
an