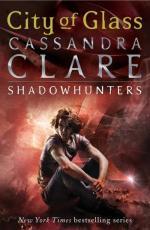 TRIGGER WARNINGS: Death, injury, loss of a loved one

“People aren’t born good or bad. Maybe they’re born with tendencies either way, but its the way you live your life that matters.”

Okay, we’re finally here! I know my City of Ashes only went up at the beginning of July but it honestly feels like it’s been so much longer since I’ve sat down and written a Shadowhunter review, so I’m both terrified to be here and super excited at the same time!

So, here’s the tea (*shudders* I can’t believe I just said that), I actually really enjoyed this book. I rated the first two books 3 stars and actually gave this one a 4 stars which was mildly shocking to me but also a really fun surprise!

“Is this the part where you say if I hurt her, you’ll kill me?”
“No” Simon said, “If you hurt Clary she’s quite capable of killing you herself. Possibly with a variety of weapons.”

I think I’ve finally figured out what it is about these books that keeps me reading – I love the relationships between the characters – not the romantic relationships, but the platonic ones. I LOVE the family dynamic between the main group, especially what we get to see with the Lightwoods. It brings me great joy to read about. I also LOVE the dynamic between Clary, Simon and Luke! I’m seriously a sucker for the found family trope.

“Not everything is about you,” Clary said furiously.
“Possibly,” Jace said, “but you do have to admit that the majority of things are.”

I mentioned this in my review of City of Ashes but I seriously don’t know how y’all read these books as they were released. The only reason I have kept reading so far is because I know most of the plot twists for The Mortal Instruments (though, I know next to nothing about the other series).
The one BIG problem I’ve had with these books so far is the romances. I like the idea of Izzy and Simon together but they have no chemistry, and I do like Alec and Magnus, though not as much as everyone else seems to (I’m sorry, please don’t hurt me). And, the big kahuna – Clary and Jace! They think they’re siblings and it’s weird. Seriously weird.

Also, and this is something I want to stress [SPOILERS!] Clary and Jace do kiss, on purpose, with their faces, WHILE THEY STILL THINK THEY’RE RELATED. And, that, my friends, is gross.

But, if you know anything about this series, you also know that *gasp* they’re not actually related and it was all a trick! *falls down* Cassie Clare how could you! (no but seriously, CC what was the point of this???)

BUT, and here’s the real clincher – Clary, the poor girl, does actually get to have the incestuous kiss of her dreams because, as it turns out, she ends up kissing her real brother in this book anyway! 🤷‍♀️🤷‍♀️🤷‍♀️ Isn’t that nice?!!?!! 🤮🤮🤮

I really don’t want to talk about it anymore because it’s making me want to throw up my lunch so here are some of the notes I made while reading these very touching and romantic scenes:

“In the end that was the choice you made, and it doesn’t matter how hard it was to make it. It matters that you did.”

Overall, I did really enjoy this instalment, especially all the found family and family, in general, bonding but I wasn’t a big fan of the romantic choices made in this book!

As I was reading I also thought multiple times that this would be so interesting to see on-screen but I didn’t like the movie when I saw it 10,000 years ago and I don’t think the show did this storyline??? So idk???

Also, I did appreciate that once we got to the half-way point it really started to feel like a finale which I was really enjoying. I’m honestly, really curious to see why Clare decided to continue the series since this felt like a good place to end the characters’ storylines, especially since I have heard some not so great things about the next 3 books that got tacked on a few years later. Do you guys have any thoughts on the second trilogy?

Also, I didn’t know where to put this in my review, so I guess I’ll just add it on here, but Alec is actually a lot more laid back and sarcastic in the books than he is on-screen. He has a very dry wit/sense of humour and I appreciate it a lot.

Have you read City of Glass?
Do you think CC should have ended the story here?