Hey guys, today I’m coming at you with a new Bookshelf Tour post! I feel like I haven’t done one of these in a while and I’m in a bit of a Harry Potter mood at the moment so I figure this was the perfect time to do this post!

Yes, this is a post where I’m recommending the same series over multiple times! Oh well!

I have the full set of the Harry Potter books in the original UK Bloomsbury set. My copies are actually so battered, torn and yellowed that I ended up buying a second set of the books a few years ago in the  Bloomsbury Childrens Editions to avoid damaging my copies further, so now they just sit on my shelf looking pretty & adding to the nostalgia factor of the series since they’re my original copies that I read the series from the first time!

This counts and it doesn’t, but I have the full series in audiobook form on my phone! I love the Stephen Fry versions (I tried Jim Dale and it wasn’t for me) and adore the Pottermore covers even more! I honestly, think the HP covers have the best luck, they always look good! I love these audiobooks and just putting one on in the background will put me in a good mood!

I also have the Hufflepuff 20th anniversary edition of the first book! I know they’re making the whole series in each house, but I think I’m okay with stopping with just one copy of the first book, I don’t need to have a third physical copy of the same text unless one of my series gets damaged and then I might invest in the 15th anniversary covers for the series since I love them so much! 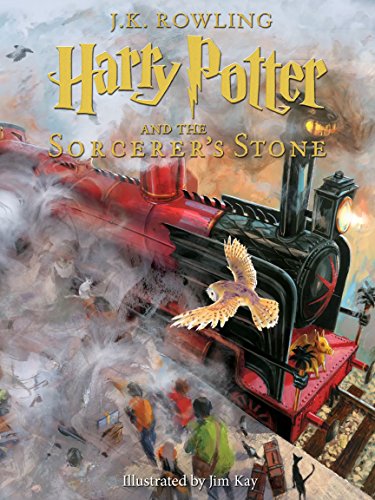 And lastly (though, I do own the Fantastic Beasts scripts & the Hogwarts Library) I have my hardcover (though I think I prefer the paperback now that I’ve seen it in person)  copy of the illustrated edition of Harry Potter and the Philosopher’s Stone! It’s just as beautiful as everyone says it is, but it’s also massive and heavy so I’ve never read it. I hope to get to it someday but until that happens I’m restraining until all the illustrated editions have been released in Paperback and until I have the time to read and relax and flip through the illustrations!

HOW MANY COPIES OF HARRY POTTER DO YOU OWN?

DO YOU THINK THE ILLUSTRATED EDITIONS ARE WORTH THE WRIST PAIN?