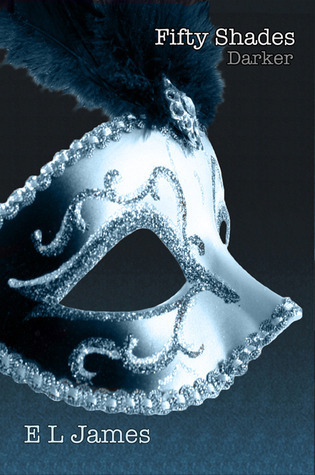 QUICK OVERVIEW OF MY FEELINGS

THE RELATIONSHIP & THE CHARACTERS

I don’t know guys, I read the first book in this trilogy because I’d just seen the movie and I was curious. I had some pretty strong opinions about book one and I didn’t know how it could get any more intense.

In the end of Fifty Shades of Grey Ana left Christian and so naturally when we start this novel Ana is going through her ‘New Moon’ phase and is depressed because she needs a man to survive blah blah blah. In this instalment Christian tries going down the vanilla road – he’s still moody as all hell and doesn’t understand personal space.

Ladies, Christian Grey truly is 50 shades of fucked up. If you are one of the few who have fallen for this man, I urge you to please think about your boyfriend goals. This man is unstable, he does unforgivable things and he is completely unempathetic.

Oh my, it’s my dream man. He’s crazy with a side of fries and he utters the worst romanticisms this side of a Nicholas Sparks novel.  Via Katrina Passick Lumsden on Goodreads

They. Are. Getting. Married. After just over a month. You can’t meet someone, fall in love with them and then decide to get married in just under two months. It’s just downright ridiculous and unrealistic.

It’s not only the relationship between Anastasia and Christian that is completely unrealistic but it’s also just the little things you learn about the characters. Christian earns roughly $100,000 every hour, has a personal trainer (who I don’t think we ever actually meet during the two months) and the body of a Greek god. And yet he is constantly drinking wine, eats bacon and eggs all the time and other fatty foods. Nobody can have his body and eat the way he does. He is also the Ceo of his own company, and yet all he ever seems to do is email Ana, misuse company vehicles and put in maybe 2 hours of work each day.

I actually was starting to like Ana by the end of the first novel, she was getting her life together and was starting to realise how uncomfortable she was around Christian – I mean, she was genuinely afraid of him. When she finally left him I honestly felt really happy for her, although I will admit I much preferred the scene from the movie. Actually, in general I think I prefer the movies.

But, in this novel Ana loses that, she may be a bit more comfortable around Christian but she is still the overly shy and pathetic character she was when we first met her. She willingly puts herself right back into an abusive relationship – into the arms of an abusive and manipulative man who we later learn was only attracted to her at first because she looked like his drug-abused and long-dead mother.

I just don’t get it, Ana supposedly has men constantly flinging themselves at her so why couldn’t she get together with one of them? Why couldn’t she be in a nice simple relationship with someone who doesn’t want to manipulate her and track her every move. She is surrounded by guards, constantly told what to do, where to go and when to eat and/or sleep. She is not allowed to drive the car he bought for her, he doesn’t like that she enjoys working (he wants to keep her in his mansion-loft-rich-people-home for all eternity) and doesn’t want her to go out to see her close friends. It’s his way or the high way, and honestly, were it me, I would choose the highway.

Oh, and just to add to the things in this book that are unrealistic. Ana’s work ethic. She comes to work late, leaves when she likes and is constantly on her phone or computer emailing Christian. I know Hyde is a horrible person and I’ll get to that later, but if I was her boss I would firs her ass! Granted, when she actually buckles down and does her work she seems to be quite good at it.

Lol so his name is Jack Hyde? HYDE – It was painfully obvious that he was going to be “evil”.

This guy is so creepy, and I know that was the point. This man was created as a barrier between Christin and Anastasia  – he serves as the plot device to cause a rift between Ana and Christian and also as a threat to Anastasia.

We’ll meet him in the next book I’m sure. I know there’s something deeper going on with him that probably has something to do with Christian (because what doesn’t) so it should be interesting at least to see where his storyline goes.